We are celebrating again at So Many Reads and this time it is for Eleri Stone’s newest book, Witch Bound!  Below you will find information about the series as well as a chance to win a $50.00 gift card!

Twilight of the Gods, Book 1

Private investigator Grace tracks a kidnapped child to middle-of-nowhere Iowa. Encountering a strange creature she knows can’t be a local animal, she doesn’t need her psychic abilities to figure out the sleepy town is not what it seems. When she meets the intriguing Aiden, she’s plunged into a world of Norse gods and fire demons where the Wild Hunt still rides the night.

Aiden needs Grace’s help to cross the portal between worlds and rescue his daughter. Grace is unlike any woman he’s ever met. He’s drawn to her courage, distressed by her vulnerability and doubtful of her motives. But he knows that her visions are the key to defeating the enemy and bringing everyone home alive.

Grace wants a future with Aiden, even if it means she’ll never have a normal life. When a test run to the portal takes a terrifying turn, they must learn to finally trust each other or Aiden’s daughter, and their chance at love, will be lost forever…

Twilight of the Gods, Book 2

Raquel Lindgren knows what her future holds. An arranged marriage. A new home in Ragnarok, Iowa, with another clan of refugees from Asgard. She should be happy. But there’s a mental block preventing her from tapping in to her true abilities as a witch. And she’s more attracted to the best man than she is to the groom…

Fen can’t believe he’s falling for his best friend’s future wife. As a hound, a wolf shifter, his duty lies with the pack. He’s seen too many hounds destroyed by love, and he’s sworn never to take a mate, never to have children of his own. He can’t deny his desire for Raquel, but she deserves more than he can offer her.

Raquel’s been raised to trust in magic, her clan and her destiny. But when a vengeful demon threatens to break out of Asgard and destroy the clan, Raquel learns she must trust in love if she is to take the future into her own hands.

Eleri Stone was born and raised in New Jersey. She graduated from the University of Iowa, married her college sweetheart, and settled in the Midwest where she still lives with her husband and their three children. A lifelong fan of fantasy, she started reading romance as an adult and was instantly captivated by the strong female protagonists, character-driven storylines and guarantee of a happy-ever-after. Writing fantasy and paranormal romance, she is the author of the Lost City Shifters series (shapeshifter paranormal romance), the Twilight of the Gods series (paranormal romance) and the Spellcraft series (fantasy romance).

Eleri is giving away a $50.00 gift card to Amazon or B&N (winners choice). Just  fill out the Rafflecopter form below!

Thank you for celebrating with us!  Follow the rest of the tour! 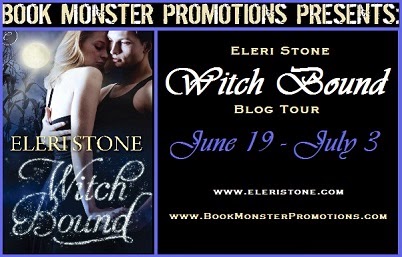 6/22- The Next Chapter (series spotlight): http://costhenextchapter.blogspot.com/

6/28- So Many Reads (series spotlight): http://www.somanyreads.com/