I have heard a lot about Robin Covington but have yet to read any of her books. So, when I saw several quotes from His Southern Temptation around the web I knew I had to give one of her books a try. 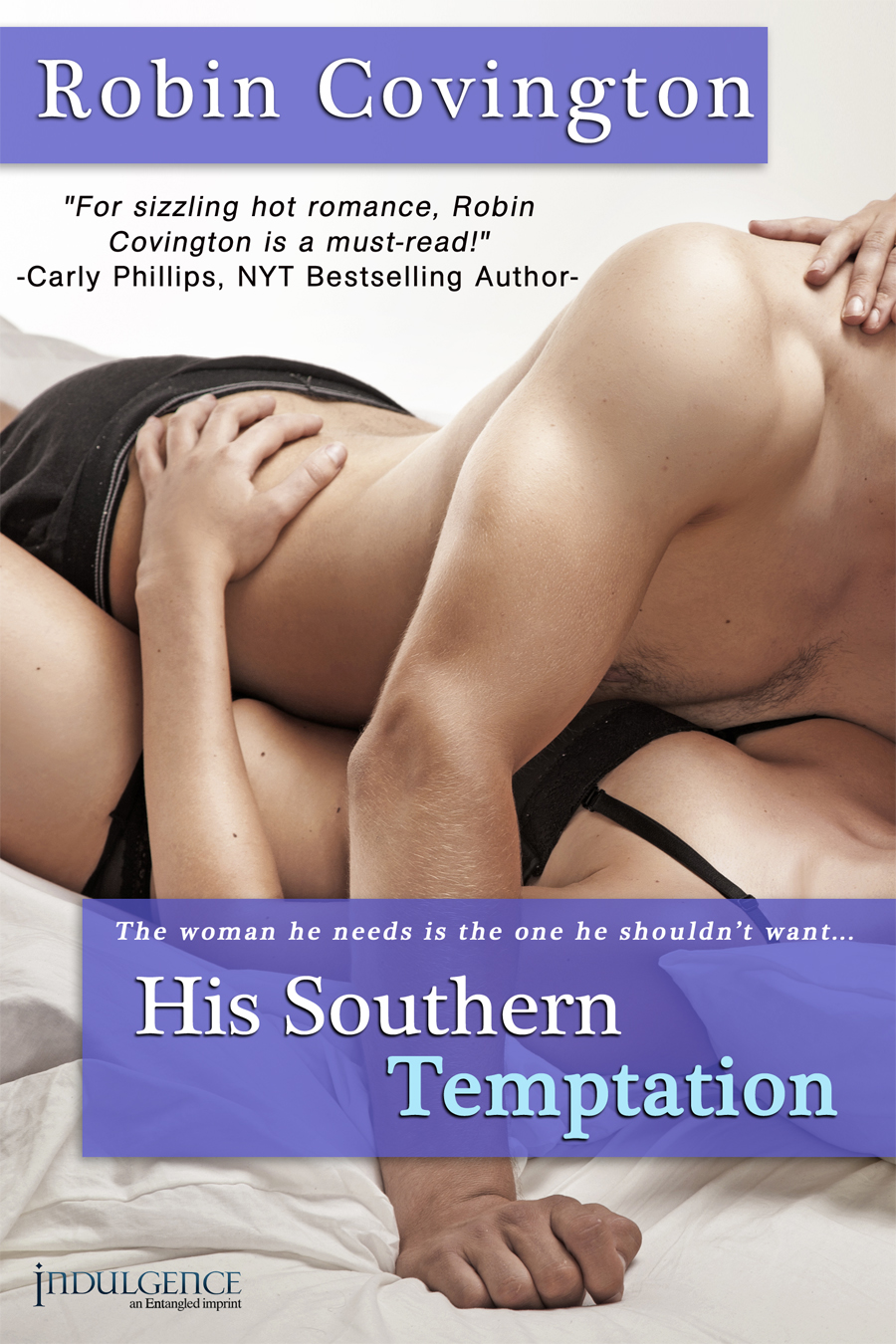 A former Black Ops assassin, “Lucky” Landon has had more near-misses than a man should ever have. Now he’s out of that business and settling into the simple life in his small hometown. So the last thing he ever expected was to end up at gunpoint. Or that the woman holding the gun would be his best friend’s little sister and Lucky’s on-again/off-again lover.

Taylor Elliott is Trouble, and she likes it that way. And seeing Lucky again? Well, he’s been her dirty little secret for the past few years and everyone knows that secrets in a small town are almost impossible to keep. But Taylor has bigger problems on her plate. Like the local mob boss who wants her dead.

This was a good solid book. It took me a little while to get into it, but I think part of that was because I had not read the first one in the series, so perhaps there was some history that would have made more sense to me if I had read A Night of Southern Comfort. This was my first book by Robin Covington and I enjoyed her storytelling.

The characters are well developed and I really enjoyed Lucky and Taylor. They both had a lot to overcome to find their happy ever after. I also felt like Robin did a nice job of making their feelings and emotions very real. They responded to things in the way you expected and you really wanted them to work. Taylor is not a princess, which I really liked about her. I have an inner bad girl that I never act on so it was fun to live through her a little. She is exactly the type of girl Lucky needs.

The intimate scenes were nicely done and were appropriate for both the characters and the story. Robin writes them with plenty of passion but doesn’t cross the line into too much detail. I enjoyed several of the secondary characters and look forward to going back to A Night of Southern Comfort to read Jack and Michaela’s story. If you like contemporary romance with great characters, a good plot, and lots of love and friendship, I recommend you try His Southern Temptation.

What is a temptation of yours?